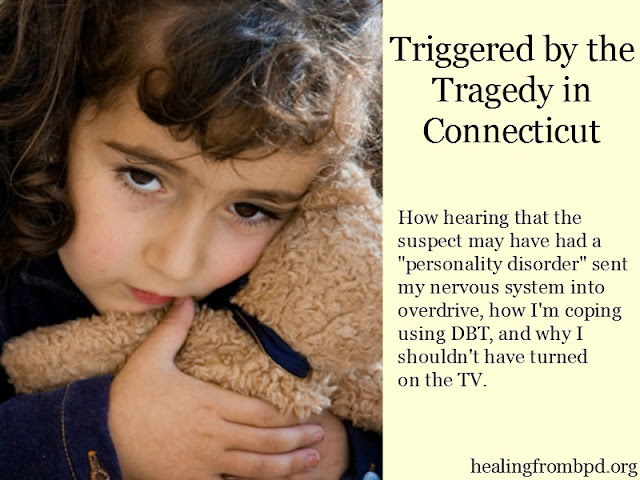 *** Trigger Warning: This post’s topic includes details of a triggering news story that occurred in the USA today.***

I went against my better judgment today.  After hearing the tragic news of yet another shooting, this time at an elementary school in Connecticut, instead of processing through my feelings after hearing the coverage on the radio and then getting skillful, I turned on the TV. Big mistake.

How An Episode of Ally McBeal Woke Me Up TonightThe Guy With BPD: Life as a Man Living With and Healing From Borderline Personality...
Scroll to top