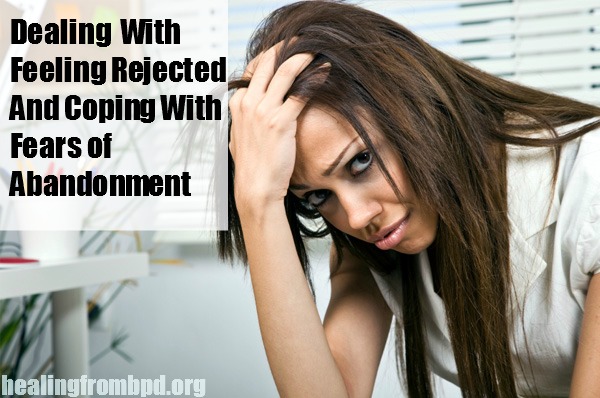 I’ve made a lot of progress, but I must admit — for someone who has such a difficulty engaging much in intimate relationships, including friendships, I can become quite distraught when I sense that someone doesn’t like me. It doesn’t matter who it is, and it doesn’t even matter whether I even like the person in question. I experience distress when I think someone doesn’t like me.
It used to be intolerable. I would go to great lengths to obtain the approval, acceptance, or kindness of the person I perceived as shunning or rejecting me. I took it very personally and believed, on some level, that someone not liking me meant that my self-worth or value was diminished in some way.
Perhaps it’s the issues with identity formation and stability that are common among those of us with Borderline Personality Disorder.  Perhaps it has to do with how many of us had to carefully watch social cues such as a caregiver’s facial expressions or posture in order for us to determine if we had met their approval or if they were about to hurt us in some way.
I think I went on to be especially sensitive to social cues and will still often read into the slightest change in social expressions. For example, in one of the support groups I attend, I tend to be very social, make jokes, and generally receive supportive comments from other members.  This past week, I made a couple of comments that people disagreed with. I scanned the room, interpreted others’ non-smiling facial expressions as perhaps no longer liking me and thinking I’m a horrible person (Geez – think in black or white terms much?!), and I felt a great deal of distress.
I noticed my face feeling flush, tears coming on, and a desire to ask them how they could all judge me on my comments just today. (But had they?)  I was definitely in Emotion Mind. I’m glad I resisted the urge to speak out about it or to leave. I used the Emotion Regulation skill of Opposite to Emotion Action and stayed put.
After the group, I reflected a bit. It actually took me a couple of days to fully realize the facts of my experience.  I was able to see that I so desperately feared that, based on a couple of comments in a group and despite the bond I had made with the other group members over several weeks, they would reject me (fear of abandonment).  I also thought that just a couple of comments had instantly taken the group from “adoring” me to disliking me (black or white/all or nothing/polarized thinking).  There was cause for my feelings of distress, and staying in the room helped me to realize that nothing that happened in that room that day was directly responsible for my distress. I was reacting to old wounds.
Not everyone will like us.  I know of some people who outright don’t like me, and while it’s difficult for me to fully accept this, I do the best I can. I remind myself that people have different personalities, and I don’t particularly “like” certain people either. It doesn’t take away from their value or worth as a person, nor mine. I think that the sooner we accept these things, the less we’ll suffer.
Can you relate at all to any of this?
Thanks for reading.
More Soon.
January 20, 2013/20 Comments/by Debbie (author)
https://www.my-borderline-personality-disorder.com/wp-content/uploads/2018/12/healing-from-bpd-e1577900769964.jpg 0 0 Debbie (author) https://www.my-borderline-personality-disorder.com/wp-content/uploads/2018/12/healing-from-bpd-e1577900769964.jpg Debbie (author)2013-01-20 23:36:002013-01-20 23:36:00Dealing With Feeling Rejected and Coping With Fears of Abandonment (BPD)
20 replies

Who Are You Really? Non Judgment and Identity Issue with Borderline Personality...Dissociation: The Spacey Feeling of Disconnection
Scroll to top