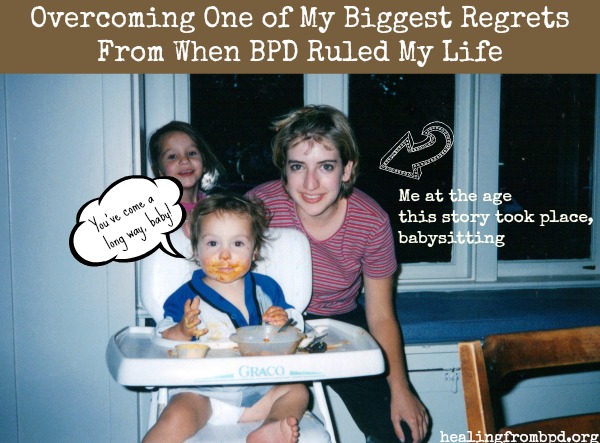 In kindness,
Debbie
The author of this letter has since RECOVERED from Borderline Personality Disorder and no longer meets the criteria for a BPD diagnosis. There is HOPE for you. Recovery happened through a commitment to DBT. Debbie now teaches the DBT skills that helped change her life over at DBT Path (http://www.emotionallysensitive.com) where you can take online Dialectical Behavior Therapy Classes from anywhere in the world. You *can* overcome this disorder! Visit DBT Path to learn more.
May 30, 2013/19 Comments/by Debbie (author)
https://www.my-borderline-personality-disorder.com/wp-content/uploads/2018/12/healing-from-bpd-e1577900769964.jpg 0 0 Debbie (author) https://www.my-borderline-personality-disorder.com/wp-content/uploads/2018/12/healing-from-bpd-e1577900769964.jpg Debbie (author)2013-05-30 04:18:002013-05-30 04:18:00Overcoming One of My Biggest Regrets From When BPD Ruled My Life (Borderline Personality Disorder)
19 replies

5 Symptoms That Are Often Confused With Borderline Personality Disorder (BPD)...New BPD Documentary: Behind The Scenes Sneak Peek!
Scroll to top